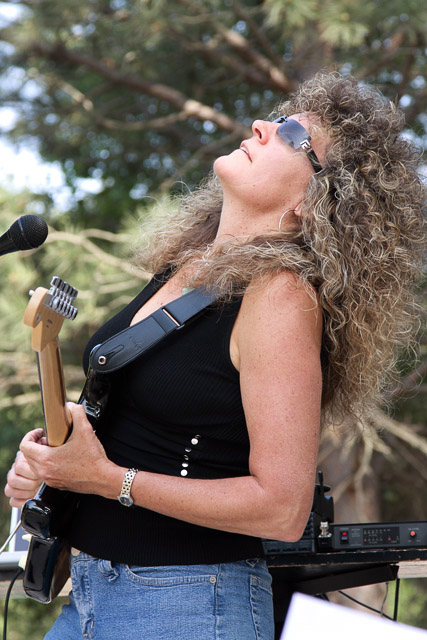 “A raging Southern California guitar phenomenon…”
Described as “the most awesome Female rock guitarist…ever!” this is simply an understatement – Teresa Russell is one of the best guitarists out there: male or female. She has performed all over the world and has shared the stage with guitar rockers such as Kenny Wayne Shepherd, Johnny Winter, Carl Palmer, Walter Trout, Carl Verheyen, Corby Yates and others.
READ MORE 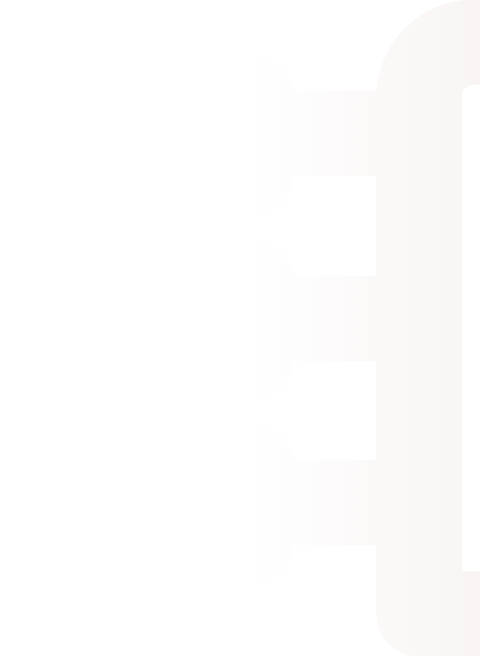 Teresa, is the only female to ever qualify” in the top eight” for the national finals in the Rock & Roll Hall of Fame/Guitar Center’s lead guitar competition, Guitarmageddon. Competing with over 2000 guitarists across the country, she accomplished this by winning the West regional in Los Angeles where she received “out-of-seat-thumbs-up” kudos from such Grammy award, celebrity judges/guitarists as Steve Lukather (Toto) and Steve Stevens (Billy Idol).

Teresa Russell is a legitimate blues/rock triple threat in that she is an excellent vocalist, intensely personal songwriter, and an emotionally charged and powerful electric guitarist. Without a doubt, the finest female blues/rocker that I have heard.
– Tom Branson, Bluesrockers Magazine

DON’T MOCK THE WOMAN OF ROCK! I used to work at a music store and among the host of aweful characters who frequented the small town shop was the “chicks can’t playguitar” guy.This no brainer insisted – citing causes ranging from God to Darwin – that it was not a females place to rock. How I wish he could have met Teresa Russell. With one show she could have smashed his Neanderthal theories back to what ever cave he crawled out of. She is one of the best guitarists in the county, regardless of gender, and by far the most active.
– Chris Jay, Ventura County Reporter 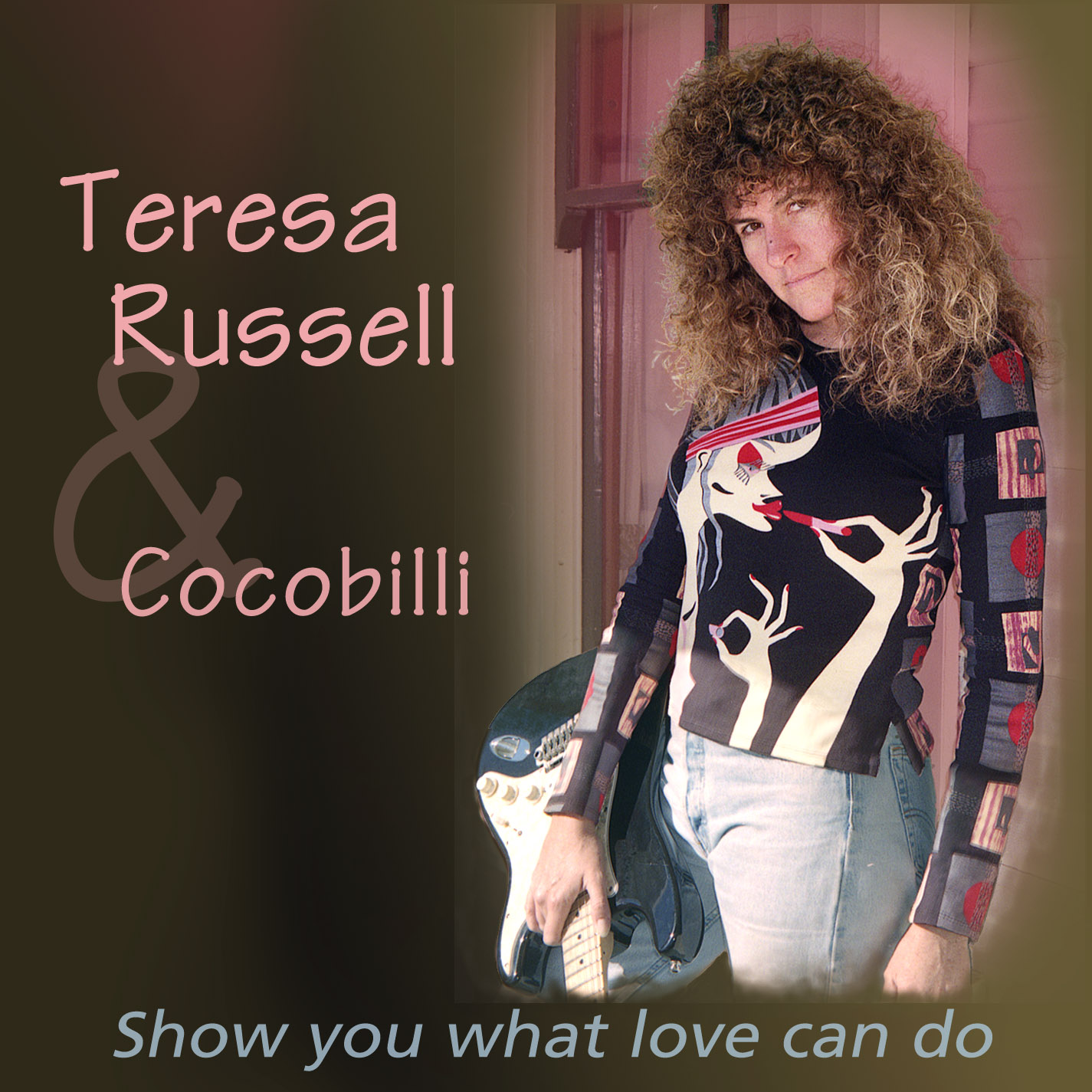 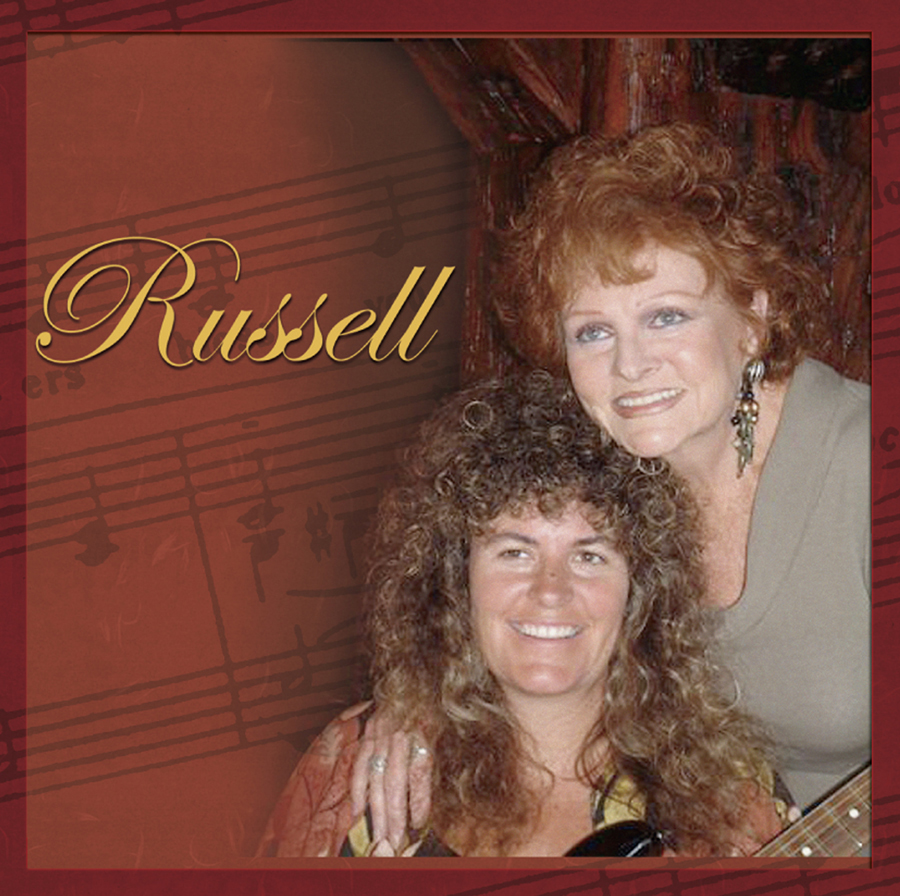 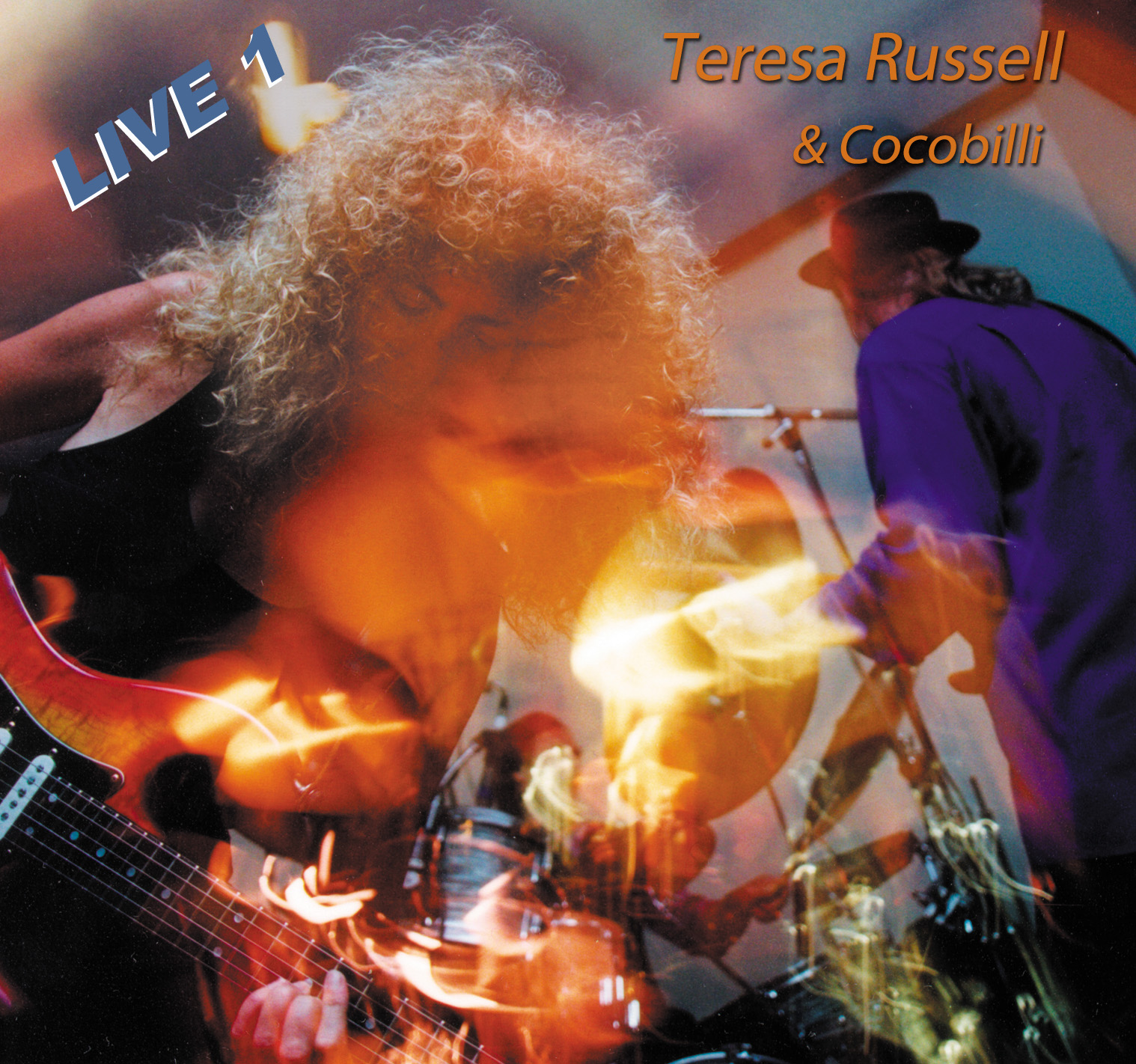 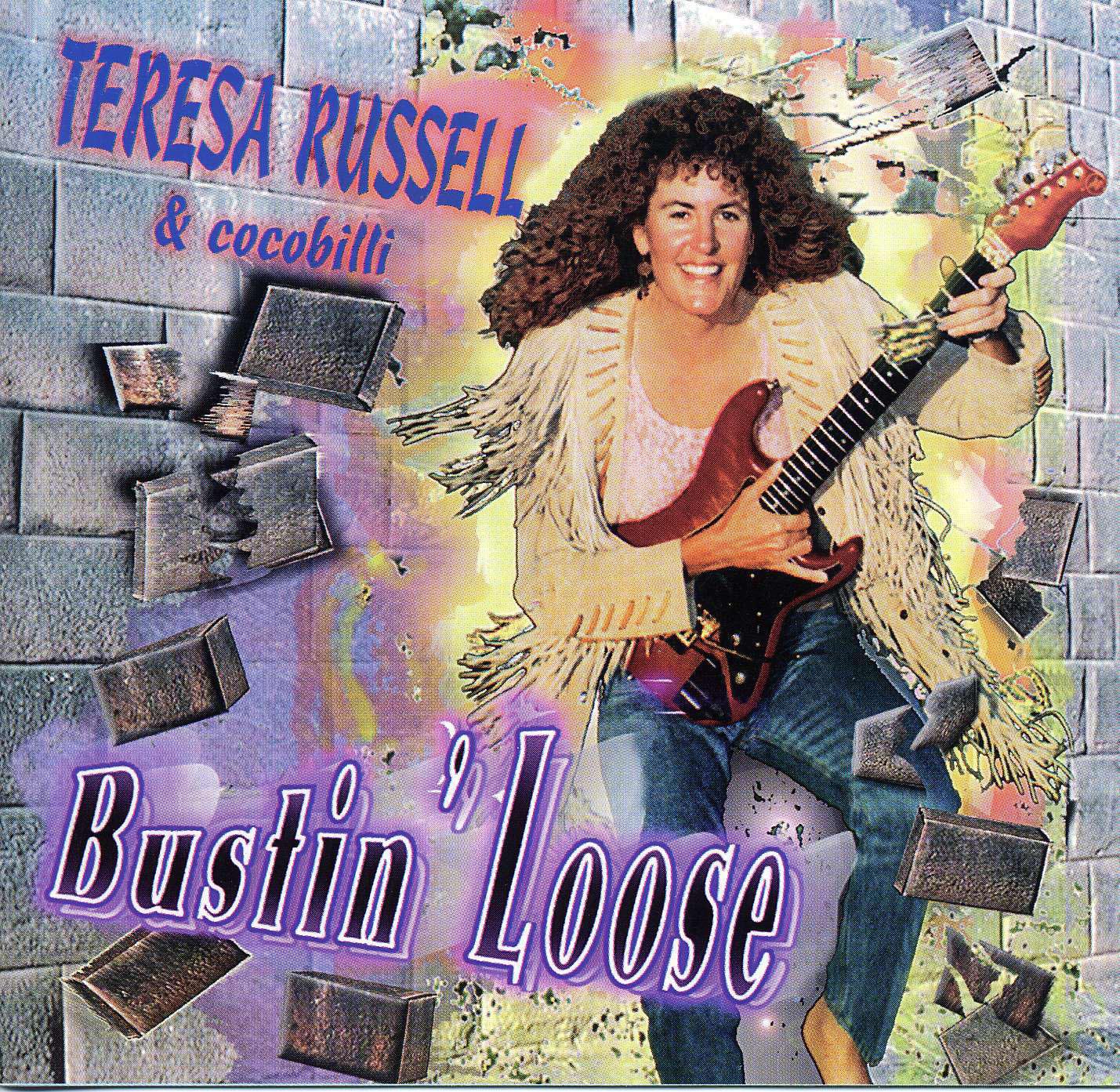 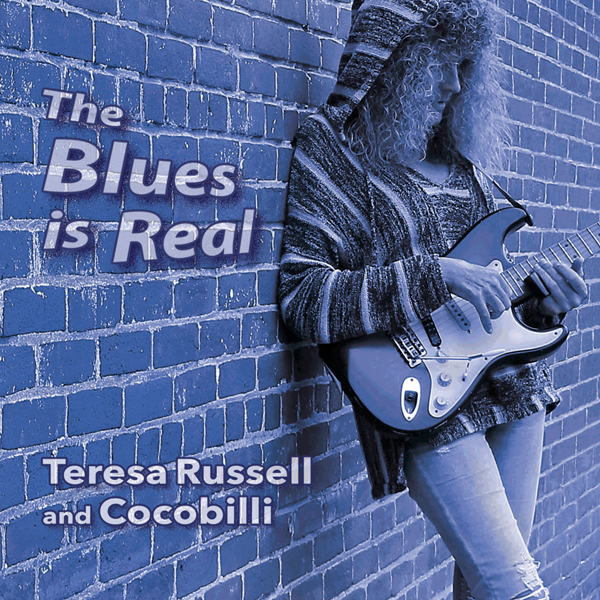 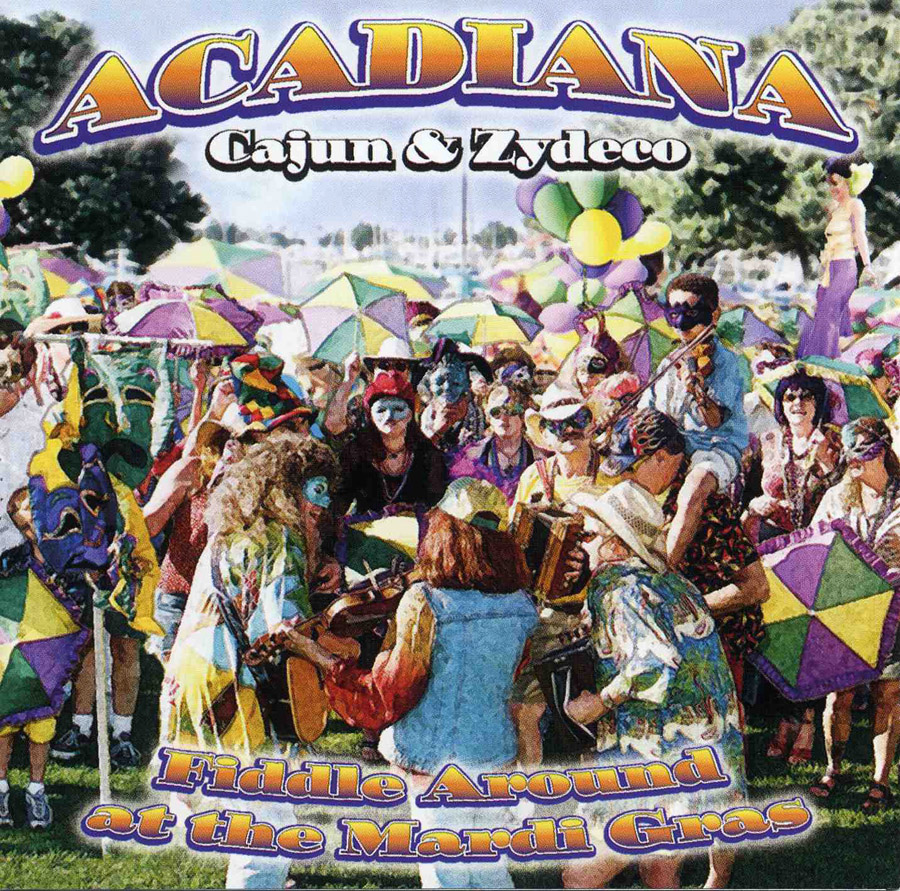 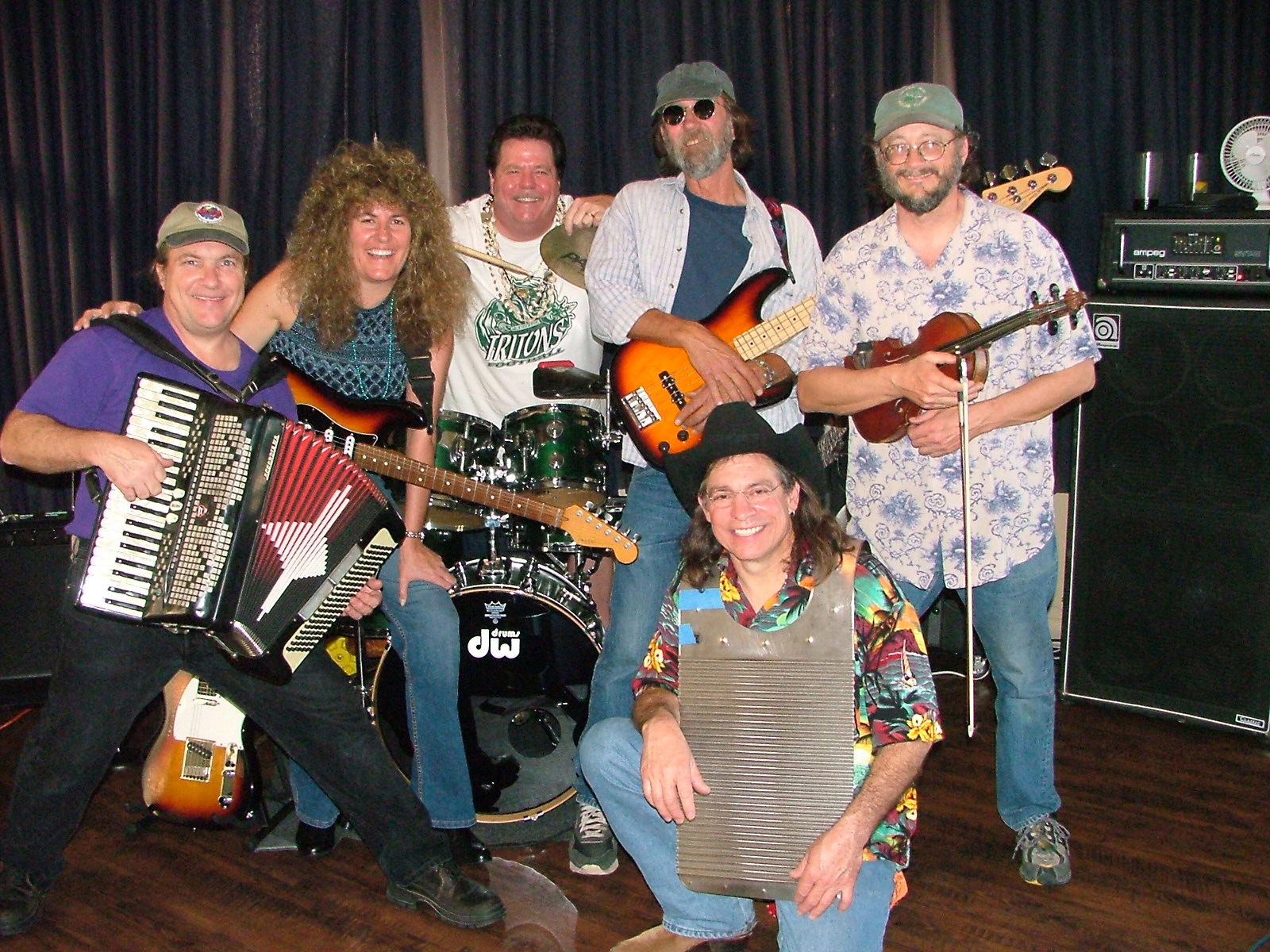 ACADIANA takes its name from a twenty-two parish region of southern Louisiana, home to the nation's largest Cajun and Creole population and the cradle of Cajun & Zydeco music and cuisine. This band has been evolving since 1992 playing the music of Louisiana greats like Buckwheat Zydeco, Clifton Chenier, Boozoo Chavis, Beausoleil John Delafose, Bruce Daigrepont and many more. 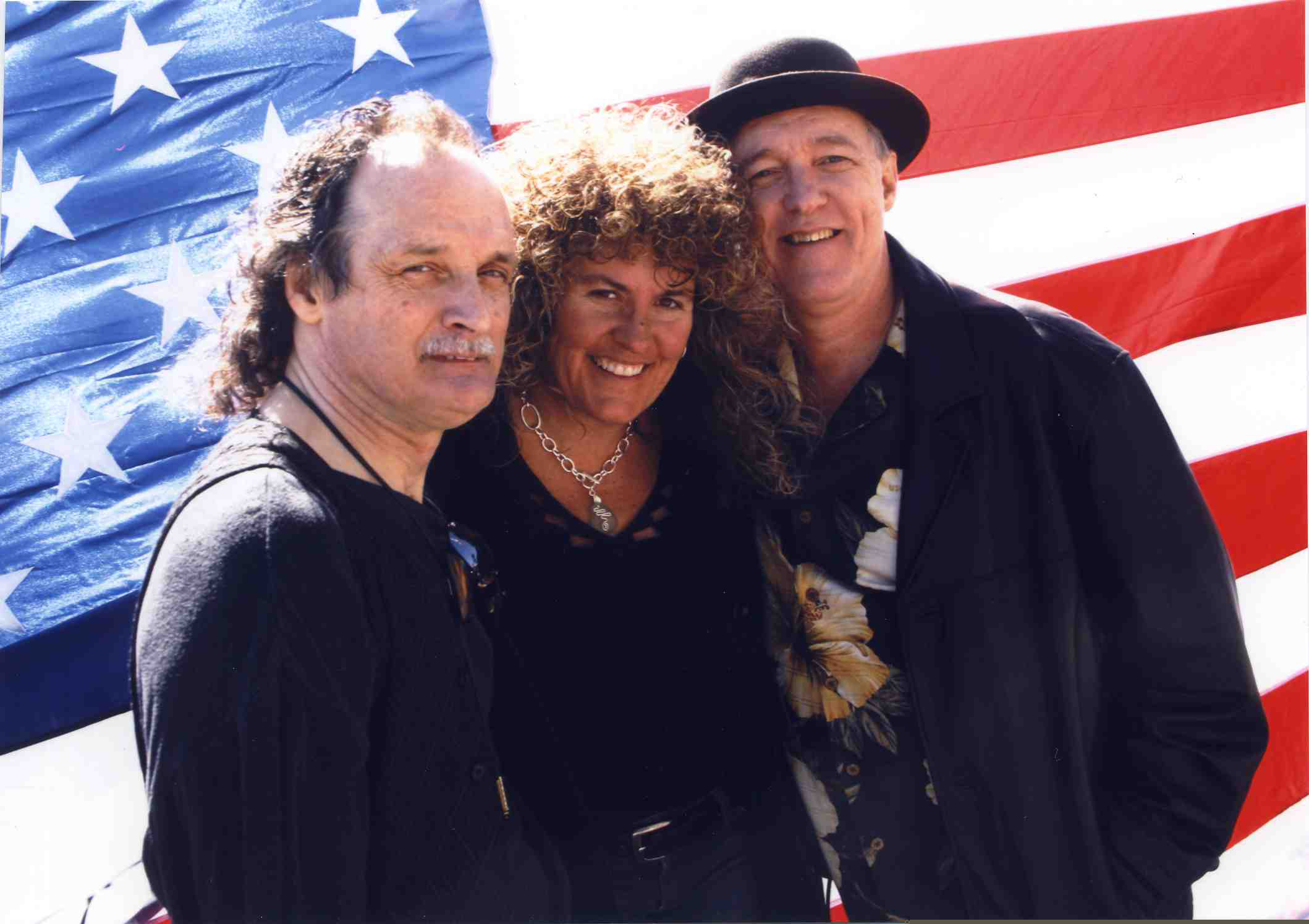 The power and imaginative exploration of the group will leave you slack-jawed in unanticipated amazement. Good-naturedly fielding requests and rendering each one uniquely as an original incarnate, this band is a delight to observe. Teresa is joined by Bill Breland (bassist from Mississippi) and Coco Roussel (drummer from France) to challenge blues/rock riffs with an aggressive, international, all-genre musical consciousness that makes each offering a cruise into unexpected pleasure. This band performs original material as well as recognizable, accessible material with an improvisational attitude- and what an attitude! The woven interplay produced by these musicians is a true musical treasure. 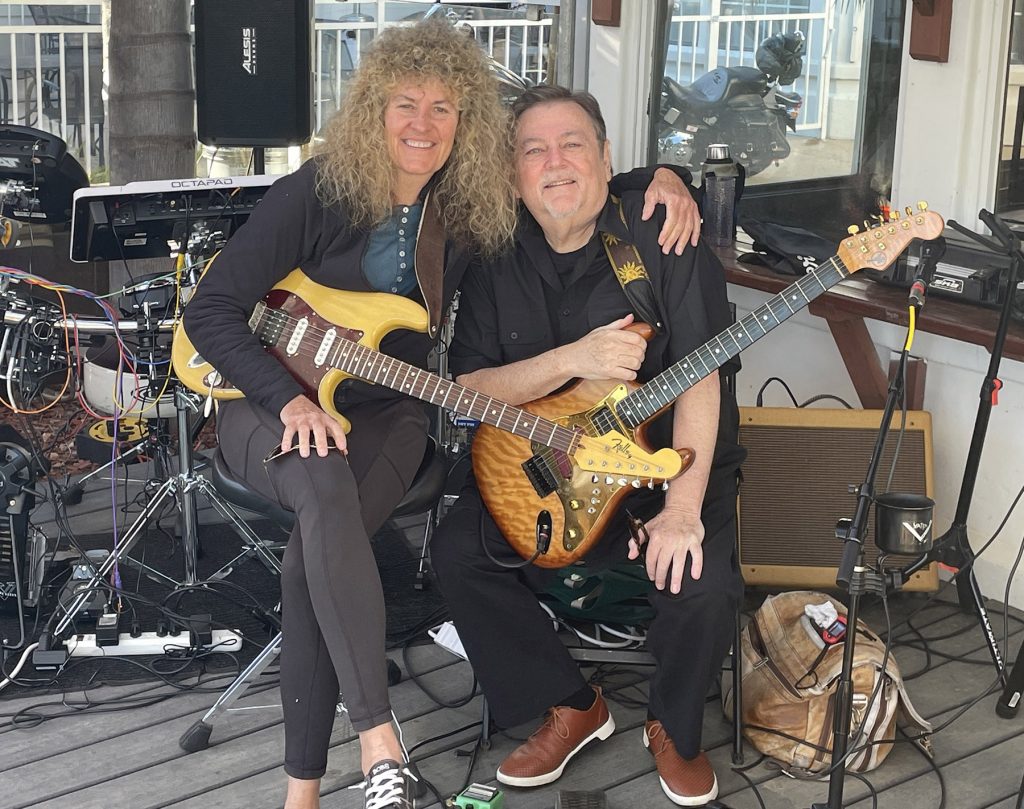 My good friend Stephen and I have been doing the guitar dance together for over 25 years. His ability to do on the spot guitar arrangements so complimentary to what I am singing and playing, never ceases to amaze me. It’s always the right stuff! Together we cover the musical playing field from blues and rock to jazz and country.
READ MORE 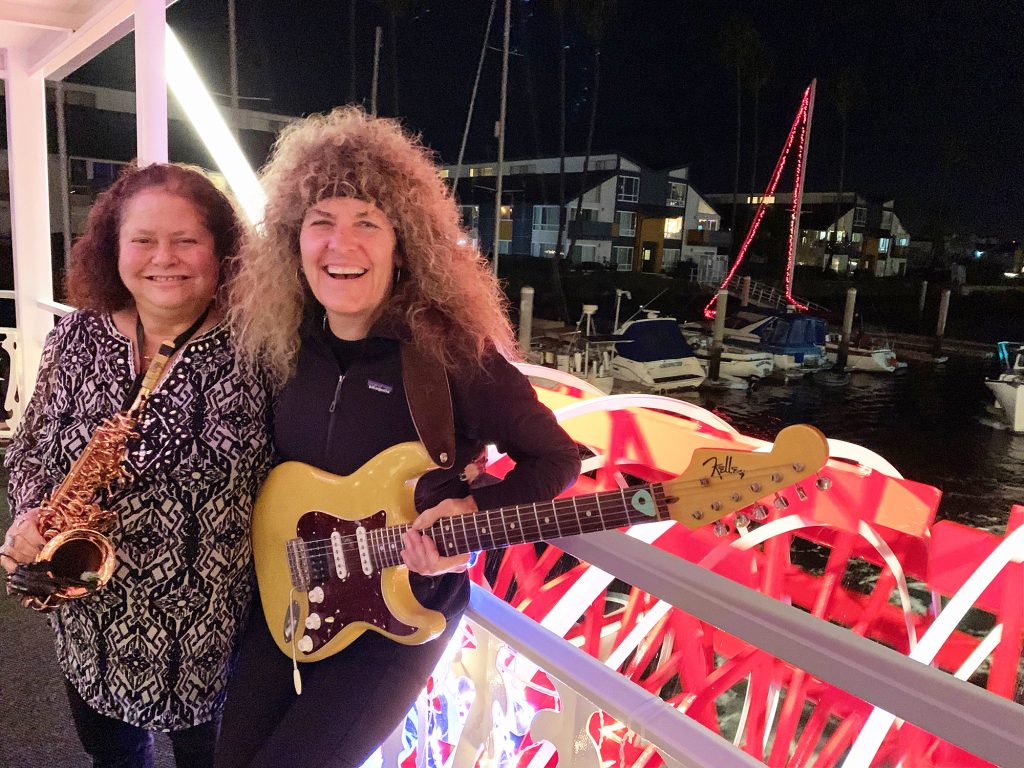 Aviva and I met at a band jammin’ block party here in the Channel Islands Beach area a few years ago. There was a musical chemistry and we struck up a friendship. We do some occasional gigs together and you never know when she might drop in and surprise everyone.
READ MORE 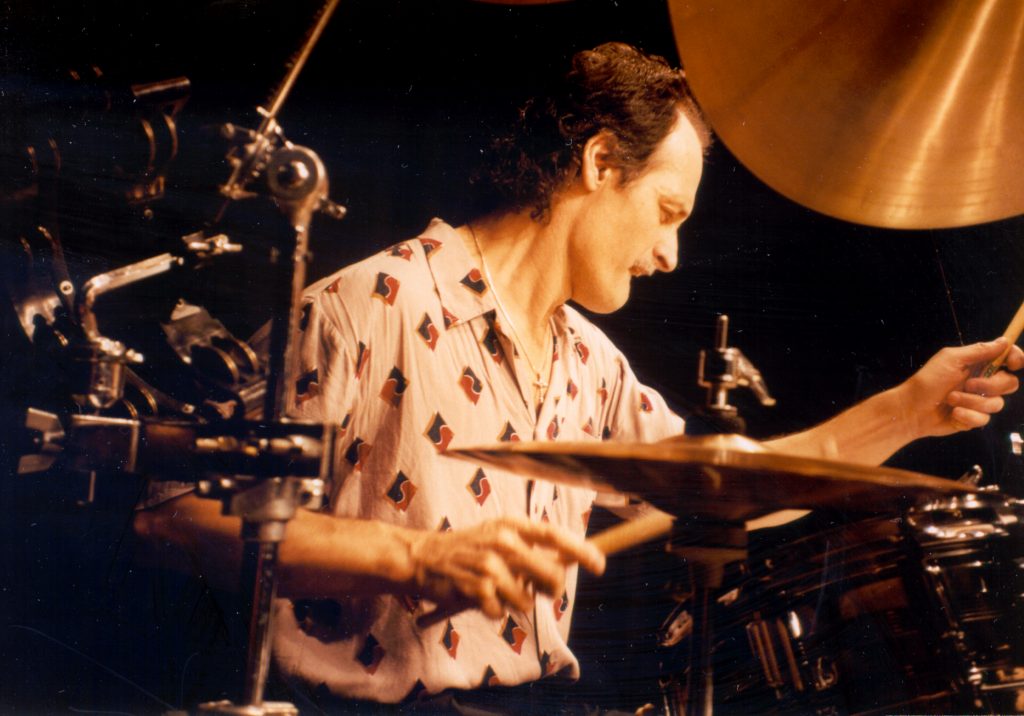 When Coco teamed up with me and Billi 25 years ago, we found our aggressive blues rock sound. Believe me, with Cocobilli, once the gate is open, you have to hang on… no fear! You never know where you’ll end up. Coco calls his latest percussion/drum experience_experiment PERCUDEX. You’ll be amazed! 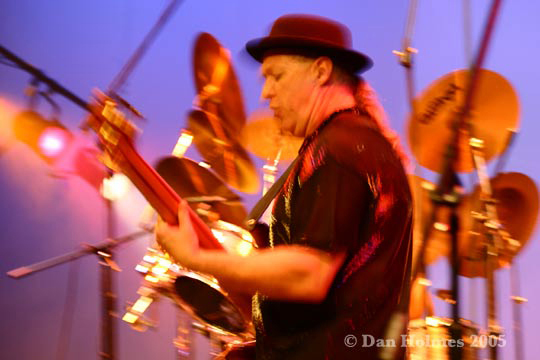 I met Billi over 30 years at a Helen Reddy audition. We both got the job and have been the best of friends and music partners ever since. He taught me a lot about writing, recording, producing and playing “outside of the box”. 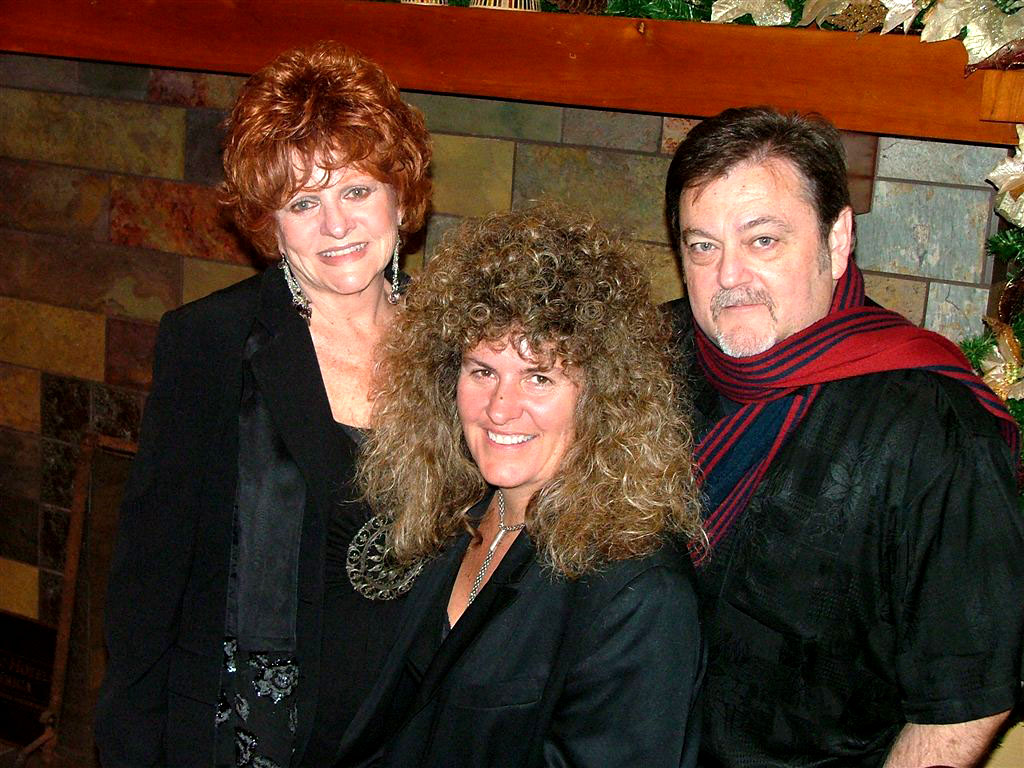 What can you say about your mama! She is my biggest fan and she gave it all to me along with my dad so I could have a successful career in music. Mom is really the star here. She has a nostalgic bourbon voice like no other. I always tell her that all the whiskey and cigarettes paid off! Lol. She is my best friend! You can catch mama singing with me when ever she feels like it.
READ MORE 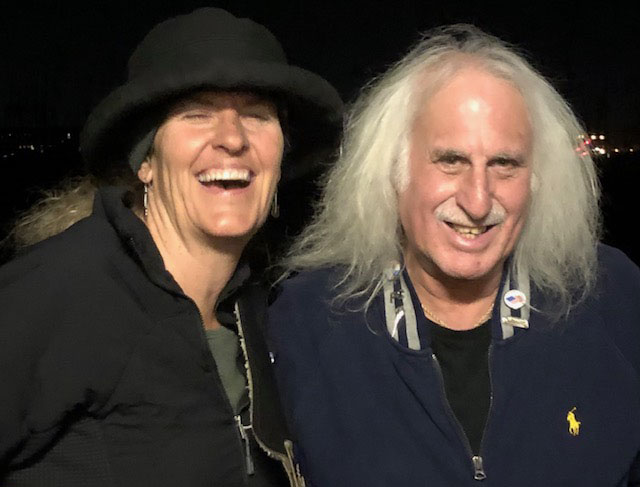 Mike occasionally sits in on Harmonica with Teresa and friends. Attending to the musicians is still in his blood. He was Equipment Manager for Eric Clapton, Vanilla Fudge, Strawberry Alarm Clock and Woodstock. He continues to make sure the Green Room is fully stocked, so to speak, and that everybody is having a goodtime.